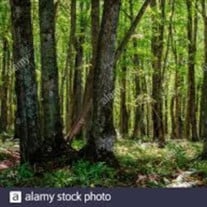 Antone Edward “Tony” McKenzie, age 86, of Rudyard, Michigan, died Friday, October 22, 2021, in Sault Ste. Marie, Michigan. Tony was born December 5, 1934, in St. Ignace Township, Michigan, to George Edward and Gladys Norene (Alkire) McKenzie. Tony grew up in the St. Ignace area and served in the United States Navy from 1951 to 1955 and then in the Cee Bee Reserves for another four years. He married Myrtle Irene Holmbergh on December 5, 1959, in Manistique, Michigan. They were married for 47 years before her death in 2007. During his life, Tony worked a variety of jobs. He was an iron worker during the construction of the Mackinac Bridge where he worked on the cable spinning crew, painting crew, and electrical crew. He worked road construction and on the expansion of Kincheloe Air Force Base. The then worked in transportation and manufacturing at Case Tractor Company in Racine, Wisconsin, for 9 years. Moving on to Pennsylvania, he worked at a cookie bakery for 20 years, and food service at the Lutheran Home in Topton, Pennsylvania. Back in Manistique, he worked at Kewadin Casino for 14 years during which time he also worked in logging and commercial fishing. Tony enjoyed riding through wooded trails and teasing his sister, Patsy. Tony is survived by his siblings, Margaret O’Dell of Pawtucket, Rhode Island, John Franklin (Karen) McKenzie of Kenosha, Wisconsin, Patsy Jean (Thomas) Soeltner of Rudyard, Glenn Louis McKenzie of Carp River, Michigan, and many nieces and nephews. Tony was preceded in death by his wife, Myrtle; sister, June Marie French; and brothers, Richard Allen McKenzie and James David McKenzie Final resting place will be Fairview Cemetery in Manistique, Michigan. Galer Funeral Homes & Cremation in Pickford, Michigan is serving the family. Condolences may be sent to the family at www.galerfuneralhomes.com.

The family of Antone Edward McKenzie created this Life Tributes page to make it easy to share your memories.

Send flowers to the McKenzie family.