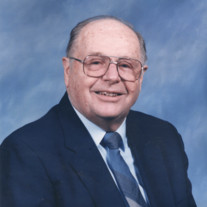 Frederick Osgood Windecker, age 91, of Mackinaw City, Michigan, died at McLaren Northern Michigan Hospital in Petoskey, Michigan on May 7, 2022. He was born in Little Falls, New York, on October 30, 1930, to John Willard and Martha Elizabeth (Osgood) Windecker. Frederick grew up in upstate New York and attended school at Whitesboro Central School. He worked for Aerospace Division in Syracuse, New York and General Electric Co., as a senior buyer, in Utica, New York. He retired in December 1990 and served in the Airforce from January 1951 to November 1954 and was stationed at Washington D.C. and in Berlin, Germany. He moved to Gaylord, Michigan in 2003 and later moved to St. Ignace, Michigan in 2008. Frederick was an active member of the Hamilton-Clinton Masonic Lodge #347 of New York, the St. Ignace Lodge #350. He joined the Masonic Organization in 1955, where he was the Master of Lodge in 1970. He was also a member of the First United Methodist Church in Gaylord, and the Stone Presbyterian Church in Clinton, New York. Frederick enjoyed reading and word searches. He also was known to have a "business mind." Frederick is survived by his daughter & son-in-law, Rebecca Joan Windecker-Garies & Brent Garries; stepdaughters, Patti Lyons of Sauquoit, New York and Pam Sherry of New Hartford, New York; grandson, Chase John Belonga; and sister, Martha Joyce (Windecker) Fox of Utica, New York. Frederick is preceded in death by his parents, John and Martha Windecker; and brother-in-law, Harold Gilbert Fox. Memorial gathering will be held at Galer Dodson Funeral Home in St. Ignace on Friday, May 13, at 3:30 P.M. to 4:30 P.M. Galer Dodson Funeral Homes & Cremation, of Pickford, Michigan, is service the family. Condolences may be sent to the family at www.galerfuneralhomes.com.

The family of Frederick Osgood Windecker created this Life Tributes page to make it easy to share your memories.

Send flowers to the Windecker family.