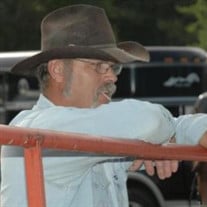 James “Jim” Edward Brown Jr., age 65, of Pickford, Michigan, died at War Memorial Hospital in Sault Ste. Marie, Michigan, on December 30, 2021. He was born on October 2, 1956, in Portsmouth, Virginia, to parents, James Edward Sr. and Phyllis Irene (Carter) Brown. Jim grew up in Pinckney, Michigan and graduated from Pinckney High School. He joined the United States Army, where he was stationed in Germany for some time. He later obtained his Master Farrier Associates Degree at Pikes Peak Community College in Colorado Springs, Colorado. He began his family in 1977 and raised three children. He retired from the US Army in 1994 after serving twenty years but went on to work as a Farrier. He moved to Pickford, Michigan, where he continued to work as a Farrier and made his home in the Upper Peninsula. He raised Hereford cattle and did some farming in his free time. Jim was a member of the Michigan High School Rodeo Association, European Rodeo Cowboy Association, as well as a past member of the American Legion and past volunteer with Pickford ambulance crew. Jim was a very social and community driven man, he supported the local youth in many ways. He loved spending time with his kids and grandkids. He enjoyed hunting and fishing as well. Jim is survived by his son, Patrick (Alex) Fuchs of Erlangen, Germany; daughters, Annie (David) Brown-Odom of Colorado Springs, Colorado, and Starr Brown of Pickford; grandchildren, Robbie Brown-Lee, Peyton Odom, Niklas Fuchs, Evelyn Odom, Ronja Fuchs, and McKenna Brown; sisters, Cindy (Jim) Brown of Jackson, Michigan, and Patty (George) Watters of Hamburg, Michigan; brother, Terry (Nichol) Langston of Livonia, Michigan; as well as many nieces and nephews; and his dear friend, Sue Caroffino of Cedarville, Michigan. Jim is preceded in death by his parents and grandparents; brother-in-law, Junior Watters; nephew, Donnie Humphrey; niece, Patty Irene Watters, as well as two grandchildren. A Memorial Gathering will be held on January 3, 2022, at Galer Funeral Homes in Pickford from 11:00 AM until 2:00 PM with a 2:00 PM service to follow. Condolences may be sent to the family at www.galerfuneralhomes.com.

The family of James Edward Brown Jr. created this Life Tributes page to make it easy to share your memories.

Send flowers to the Brown family.