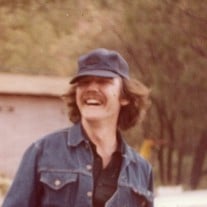 Lloyd Lavere Little Jr., age 75, of Goetzville, Michigan, died on November 15, 2020 at home with his loved ones surrounding him. He was born on April 1, 1945 in Grand Rapids, Michigan, to Lloyd Lavere Little Sr. and Jennie (Nelson) Little. Lloyd grew up all over Lower Michigan and in Arkansas. He attended North Little Rock High School before joining the United States National Guard in 1964. In the 1970's, Lloyd received his GED and attended college. He earned an associate's degree in the arts. He moved to Tucson, Arizona and through a mutual friend he met Patricia Lynn Gaule. They married on April 29, 1980. A few years later in 1983, they moved to Alaska where Lloyd learned the art of carpentry. He began working for a close friend and enjoyed the work until he retired in 2008. In 2018, he and Patricia moved to the Eastern Upper Peninsula of Michigan. Lloyd never met a stranger and over his lifetime he has made many friends that have become like family to him. Lloyd was a member of the American Legion #20 in Kenai, Alaska Lloyd enjoyed reading and studying history. He loved hunting anything from small game to Sitka Black Tail Deer in Alaska. He liked his Harley Davidson and any traveling adventure it could take Patty and him on. He was fond his dogs and enjoyed their companionship very much. Lloyd is survived by his daughters, Angel Magalski of Holly, Michigan, and Kim (Dennis) White of Whales, Michigan; son William (Jamie) Edwards of Clinton Twp., Michigan; eight-grandchildren; and a great-grandchild on the way; brothers, Richard (Marcia) Little of Mineral Bluff, Georgia, Bill (Anna) Little of Ortonville, Michigan, and Allen (Michelle) Little of Madison Heights, Michigan; sister, Shirley (John) Rohman of Hazel Park, Michigan; sisters-in-law, Claudia (Jack) Jones of Vancouver, Washington, and Marge (Steve) Mendal of Manhattan, New York; and brother-in-law, Tom Kelso of John Day, Oregon. Lloyd was preceded in death by his parents; mother-in-law, Margaret Faust; sister-in-law, Susan Kelso; aunt & uncle, Juanita & Bill Martin; and cousin, Darryl Martin. A Celebration of Life will be held at a later date. Internment will be at Lytle Cemetery, in Raber Twp., Michigan. Memorials may be made to Chippewa County Animal Shelter at 3660 S. Mackinac Trail, Sault Ste. Marie, Michigan 49783.

The family of Lloyd Lavere Little, Jr. created this Life Tributes page to make it easy to share your memories.

Send flowers to the Little family.