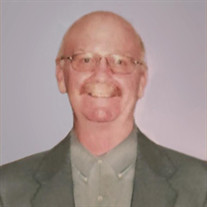 Mark William Brown, age 65, passed away unexpectedly at MyMichigan Medical Center in Sault Ste Marie, Michigan on February 23, 2022. He was born on January 4, 1957, in Bay City, Michigan, to Charles Robert and Jerrine Marie (Ackley) Brown. Mark spent his youth in Essexville, Michigan where he attended Garber High School. He played high school football and later played college football at Grand Valley University and Western Michigan University where he completed his bachelor’s degree in Business. He went on to obtain his USGS captain's license after graduating from university. He helped move boats from Louisiana to the State of Michigan, as well as provided aide on oil rigs during the winter. He later moved to Mackinaw City, Michigan, where he raised his daughter, Callie Ann Brown, and took up a career as a boat captain. He worked for Shepler's Ferry Service for a short time before finding a lifelong career with Starline Ferry Services as ship Captain. Mark was added to the Bay City Hall of Fame for his accomplishments as a Linebacker. Mark enjoyed spending time out on the water and loved his home near the Great Lakes, He was an avid sports fan and liked to catch a Lions or Spartan game on the TV. He hosted a yearly Superbowl party with his high school football team. He enjoyed going out to hunt during deer season— but most of all, he loved his daughter, Callie, and his grandchild, Croix. He adored his family and will be greatly missed. Mark is survived by his daughter, Callie Ann Brown of Bonita Spring, Florida; grandchild, Croix Gradowski; brothers, Charles (Gail) Brown of Essexville and Michael (Carol) Brown of Grand Ledge, Michigan; brother-in-law, Paul Michalak of Mackinaw City as well as many nieces and nephews. Mark is preceded in death by his parents, Charles and Jerrine Brown; sisters, Christine Michalak and Barbara Brown, and brother, Steve Brown. A Memorial Gathering will be held on February 27, 2022, at 1:00 PM with a 2:00 PM service to follow at Saint Anthony Catholic Church in Mackinaw City, with Rev. Paul Megge and sister Chris Herald officiating. In lieu of flowers, memorial donations may be made to the wishes of the family. Galer Funeral Homes & Cremation in Pickford, Michigan is serving the family. Condolences may be sent to the family at www.galerfuneralhomes.com.

The family of Mark William Brown created this Life Tributes page to make it easy to share your memories.