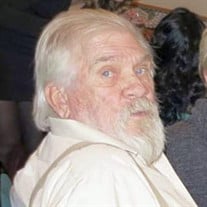 Neil Edward Hill, P.S., age 75, of St. Ignace, Michigan, passed away Monday November 22nd, 2021, at St. Mary’s Hospital in Rochester, Minnesota. He was born on February 7, 1946, in Petoskey, Michigan to parents Toivo and Mary (Ebbert) Hill. Neil grew up on Ellsworth Street with his mother, father & brother Gary, next to the Soo Line Railroad where his father worked. While growing up he started and was known for his small lawn care business. He graduated from LaSalle HS in 1964 and served in the US Army Artillery from 1966-1967 where he put his aptitude at mathematics to use while stationed in Germany. Following deployment, Neil returned to Michigan and met the love of his life, Terri under the hood of his orange 1969 Dodge Charger while cruising St. Ignace. The two were married on September 19, 1970, at St. Ignatius Loyola Catholic Church. They then moved to Houghton where Neil was attending Michigan Tech to obtain a Civil Engineering Technology degree. Neil graduated in 1971 and began work for the Michigan Department of Transportation as a survey technician in the Lansing area. He later transferred to the Upper Peninsula to be closer to his hometown. He became a Licensed Professional Surveyor in 1980 and worked his way up through the ranks at MDOT, eventually becoming the District 2 Survey Chief. He retired from MDOT in 1992 to concentrate on his private practice, Mackinac Country Land Surveys, where his son joined him in 1997. He retired from full time surveying around 2019 after 30 years in private practice, while still consulting on interesting projects and performing research. Neil enjoyed solving survey problems until the day he passed. Neil enjoyed watching auto racing, especially NASCAR and Tigers baseball. He loved observing or being involved in most construction projects in the area. He always said he “loved going on life’s adventures” with his wife Terri. Neil is survived by his son Neil W. (Julie) Hill, daughter Sara L. Hill, and grandson Lucas E. Hill, all of St. Ignace, as well as Scott (Rebecca) DeKeyser of Florida, who considered him a father, and his loving golden-doodle “Lady-Dog”. Mr. Hill is preceded in death by his wife of 48 years Terri M. (nee DeKeyser) Hill, his brother Gary A. Hill, and his parents, Toivo W. and Mary L. Hill. There will be a remembrance gathering at the St. Ignace League & Lounge, Saturday December 4th from 2pm-4pm, for both Neil & Terri Hill. Memorial contributions may be directed to Mackinac Animal Aid Association, P.O. Box 71, St. Ignace, MI 49781. Galer Dodson Funeral Home & Cremation in St. Ignace, Michigan, is serving the family. Condolences may be sent to the family at www.galerfuneralhomes.com.

The family of Neil Edward Hill created this Life Tributes page to make it easy to share your memories.