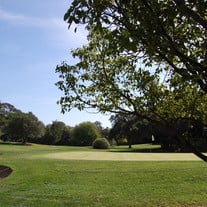 Nick J. Oshelski resident of Sault Ste. Marie, MI passed away peacefully on August 25, 2021 at his home surrounded by his family. Nick was born on August 22, 1947 in Youngstown, Ohio. He moved to Sault Ste. Marie in 1971 and eventually moved his parents here making Sault Ste. Marie his hometown. Nick was a kind and loving husband for over 45 years to his wife Patti. He was also an amazing father to his daughter Lynn (David) Ross and his son Chris (Sabrina) Oshelski. Nick's greatest joy was his four grandchildren: Tyler (Danielle) Wollan, Ryan (Taylor) Wollan, Carter and Ahnaka Oshelski. Nick was a family man who spent much time with his mother-in-law Phyllis Jones, sisters-in-law Terri (Steve) Peller, Jan Walton (Curtis Crawford), Tami (Jeff) Baldwin and Connie Wallis. Nieces and nephew include: Todd Peller, Dale LaBombard (Stephanie), Jill Peller, Michael Baldwin (Emily), and James Walton. Great nephews and nieces include: Brandon, Kolbe, Logan, Kanyon, and Elise. Nick was predeceased by his parents Nick and Barbara Oshelski and father-in-law Robert Jones. Nick was truly an extraordinary man. He was so caring, hardworking, and loved to serve others. Nick touched the lives of countless children and adults who had the privilege of knowing him and the honor of having his guidance, teaching, and leadership in their lives. Nick was in education for over 45 years as a teacher, principal, and superintendent. He worked for Sault Area Public Schools, JKL Bahweting, EUPISD, and Lake Superior State University. He was affectionately known as "Mr. O" to staff and students. You could always find Nick welcoming kids and parents every morning with a smile, joke, or hug. Nick spent countless hours volunteering at Tender Care Nursing Home and Big Brothers Big Sisters. He also spent time visiting friends at War Memorial Long-Term Care. Nick supported the community in many ways, he especially loved attending Sault High Athletic Events and youth events. We were all so blessed to have Nick touch our hearts. He was so easy to love and adore. His presence will be truly missed because he was always the one to light up the room. Nick was a man of many accomplishments, but becoming a Grandpa was what made him the most proud and happy for these past 30 years. A private memorial service has already been held. Memorials may be given in Nick's name to Sault High Athletics or EUP Hospice. Clark Hovie Galer Funeral Home assisted the family with arrangements.

Nick J. Oshelski resident of Sault Ste. Marie, MI passed away peacefully on August 25, 2021 at his home surrounded by his family. Nick was born on August 22, 1947 in Youngstown, Ohio. He moved to Sault Ste. Marie in 1971 and eventually moved... View Obituary & Service Information

The family of Nicholas Joseph Oshelski created this Life Tributes page to make it easy to share your memories.

Send flowers to the Oshelski family.