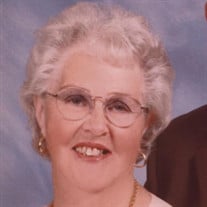 Norma Jean Raynard, age 86, of Pickford, Michigan, died October 6, 2021, at War Memorial Hospital in Sault Ste. Marie, Michigan. She was born November 4, 1934, in Sault Ste. Marie, to Herman Everet Gough and Hazel Gertrude (Leach) Gough. Norma grew up in Sault Ste. Marie and Pickford. She attended school in Sault Ste. Marie until her family moved to Pickford for her to start fifth grade. She graduated from Pickford High School with the Class of 1953. She attended Grace Nursing School in Detroit for a semester before returning to Pickford to marry William Parker “Bill” Raynard on November 6, 1954. Bill and Norma made their home in Pickford and raised their sons, Paul and Alan, on the family farm where Bill grew up. In 1967, they purchased the Pickford Village Inn Restaurant and Motel which they operated together until selling the businesses in 1980. In 1983, Norma opened Steppin’ Out Shoe Store in Sault Ste. Marie, which she operated for fourteen years before she retired in 1998. Bill and Norma spent the winter in Florida for many years. Norma was an active member of the Pickford United Methodist Church where she sang in the choir. She served on the board of Child Evangelism Fellowship and was a member of the Pickford Grange and Northwoods Christian Camp. She was also a 4-H Leader for many years. Norma loved to bake and cook. In high school, she was the winner of the U.P. Cherry Pie Contest. Many people labeled her strawberry-rhubarb pie “The Best in Michigan. Norma is survived by her son and daughter-in-law, Alan and Karen Raynard of Pickford; daughter-in-law, Betty Raynard of Pickford; grandchildren, Timothy (Janelle) Raynard, Michelle (Andrew) Saltzman, Katie (fiancé, Jon Yau) Raynard, Linda Raynard, and Shannon (Joe) Lawlor; great grandchildren, Ethan, Chloe, Levi, Silas, Lily, Nathan, David, Daniel, Paige, and Chloe; and her sister, Phyllis Hughey of Petoskey, Michigan. Norma was preceded in death by her husband, Bill; son, Paul Raynard; sister, Karen Gough; brother-in-law, Chester Hughey; and grandson, Carl Ygeal. Services will be held Tuesday, October 12 at Galer Funeral Homes & Cremation, 24549 S. M-129 in Pickford. Visitation will be held from 10:00 AM until 12:00 Noon followed by the funeral service beginning at 12:00 Noon. Burial will be Oaklawn Chapel Gardens, in Bruce Township, Michigan.

The family of Norma Jean Raynard created this Life Tributes page to make it easy to share your memories.

Send flowers to the Raynard family.