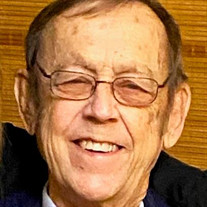 Robert “Rob” Peelle Cowan, 79, passed away on February 8th, 2022, at War Memorial Hospital with his two daughters by his side after a car accident. Rob was born in Sault Ste. Marie, Michigan in 1943 and considered himself a lifelong resident of Sugar Island though he also spent time in Marquette and Charlevoix, Michigan. He attended Kent School in Connecticut and Beloit College in Wisconsin but found formal education restrictive and stifling. Rob’s curiosity for understanding how things work was insatiable; he was immensely well read and self-taught in many areas including mechanical repair, engineering, biological sciences, ecology, wood working, and many other fields. Rob’s passion for fixing mechanical things led him through his life in both his career and personal hobbies. He owned and operated Cowan’s Service on Portage Road (import car repair) from approximately 1973-1985. Following that he designed and built candle making equipment for Bullfrog Light Company, managed machining for Michigan Scientific, and supervised the parts department for World Cars USA. He loved wild birds and hated red squirrels, though generally loved all wildlife and shared careful reports of animal activity around the island with distant family and friends. For many years Rob boiled syrup from the sugar maples that Sugar Island is named for and often shared the sweet result as gifts. He hunted ducks along the St. Mary’s River and had many successful deer hunts at his sister Selden’s camp. He maintained a large garden with many fruit trees and bushes, frequently canning and freezing produce. Sugar Island was his personal haven. Rob was known for both polite manners and strong opinions most often voiced over a beer or two (or three). He had a goofy sense of humor, both charming and wacky. He was a loving father that quietly doted on his daughters. He believed strongly in the values of family, independence, and honesty. Rob is survived by his two daughters, Catharine and Jennifer; and his son, Pierre. He is also survived by his sisters Selden and Mary Byrd; nieces, Nancye, Emily, Akemi, and Chris; and nephews, Mahlon, Michael, and Terry. Rob is preceded in death by his parents G. Harrison and Nancye Cowan; and his brother Gilbert Cowan Jr. A memorial celebration will be held on Sugar Island at a later date, tentatively Labor Day weekend 2022, details to be determined. In lieu of flowers, donations in Rob’s name may be made to Hospice of the Eastern UP (https://www.hospiceoftheeup.com), Sugar Island Fire and Ambulance Department (http://www.sugarislandtownship.com/id11.html), or the Chippewa County Historical Society (https://www.cchsmi.com). Please share memories, photos or comments about Rob on the Galer Funeral Home website www.galerfuneralhomes.com or Rob’s Facebook page.

Robert &#8220;Rob&#8221; Peelle Cowan, 79, passed away on February 8th, 2022, at War Memorial Hospital with his two daughters by his side after a car accident. Rob was born in Sault Ste. Marie, Michigan in 1943 and considered himself a lifelong... View Obituary & Service Information

The family of Robert Peele "Rob" Cowan created this Life Tributes page to make it easy to share your memories.

Send flowers to the Cowan family.