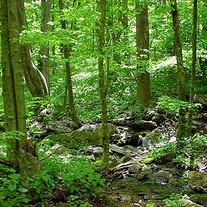 Thomas Snider, 79, of Drummond Island, passed away at 21:10 on December 15, 2020 at his home on Drummond Island. Tom was born in Detroit, Michigan, to Clare and Joan Snider on November 19, 1941. Tom married Barbara J. Snider on October 17, 1969. Tom was a great Father, Grandfather, and an amazing provider and husband for 51 years to his bride, Barbara. Tom graduated from Sacred Heart in Dearborn and went on to graduate from the University of Detroit where he achieved a bachelor's degree in Foreign Trade. Tom served in the United States Coast Guard where he was stationed on the Coast Guard Cutter Mackinac. He was Vice President of Materials Management for Holley Automotive (Colt Industries) and Director for Masco Tech Industries. Following his Father's footsteps was his love for Great Lakes ships where he served on the Board of Directors for the Dossin Great Lakes Museum of Belle Isle. Tom and Barb also owned and ran The Fogcutter Bar & Grille for 10 years, where he was famous for his bloody Mary's. Tom's father, Clare, wrote a book, however, passed just before the book's completion, so Tom finished the book for him called "The Ford Fleet (1923-1989). Tom was also involved in the Boy Scouts, where he was honored Eagle Scout. Tom traveled all over the world and lived a good life. Tom enjoyed skiing in Aspen, Colorado along with the Alps of Austria. Golfing was a passion of his where he ran a golf league at Burrough's Farms in Brighton, Michigan for many years. He enjoyed golfing in Spain, St. Andrews, Ireland, and Casa De Campo in the Dominican Republic. Tom also had many Drummond Island golf buddies. He was very particular on the presentation of his collar on his shirt when he golfed...it had to be a certain kind and just right! He enjoyed fishing especially in Lake of the Woods, Minnesota, hunting, bowling (we think), caring for his precious 12-year-old geraniums along with his grand dogs, a good cigar, and of course...Drummond Island. Tom is survived by his spouse, Barbara J. Snider (Krolikowski); son, Tyler (Tessa) Snider of Drummond Island; daughter, Shannon (Steve) Braksta of Tega Cay, South Carolina; three-grandchildren, Austin, Owen, and Ryan Brakstad; brothers, Bill (Sharon) Snider of Dearborn, Michigan, Rick (Gloria) Snider of Show Low, Arizona; sisters-in-law, Mary (Coz) Cosgrove of Lake George, Michigan, Pam Krolikowski (Son Greg) of Arnold, Missouri; many nieces, nephews, cousins, friends, and coffee buddy, Mike Heard. Tom is preceded in death by his parents, Clare and Joan Snider; his in-laws, Henry and Sylvia Krolikowski; as well as many Aunts and Uncles. A celebration of life will be held at a later date. Burial will be at Drummond Island Cemetery. R. Galer Funeral Home of Pickford, Michigan is serving the family. Condolences may be sent to the family at www.rgalerfuneralhome.com.

Thomas Snider, 79, of Drummond Island, passed away at 21:10 on December 15, 2020 at his home on Drummond Island. Tom was born in Detroit, Michigan, to Clare and Joan Snider on November 19, 1941. Tom married Barbara J. Snider on October 17,... View Obituary & Service Information

The family of Thomas Arthur Snider created this Life Tributes page to make it easy to share your memories.

Send flowers to the Snider family.